On January 1, 2008, a law went into effect, which bans smoking in cars when there are children younger than 18 present. Those caught violating the law will face up to a $100 fine. 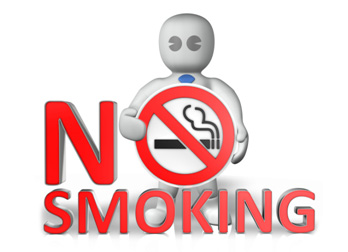 California is the third state to ban smoking in cars carrying minors but the first with a policy that protects all children under 18.


California residents are supportive of this new law. More than 90 percent of Californians, including those who are smokers, supported the law to ban smoking in cars when children are present. (California Tobacco Survey 2005)
The law was created to protect children who are particularly vulnerable to the dangerous effects of secondhand smoke. According to the Journal of Exposure Analysis and Environmental Epidemiology, the air quality in a car where someone is smoking can reach nearly 10 times over the hazardous levels set by the United States Environmental Protection Agency. This level of air pollution in the vehicle caused by smoke from a cigarette is so severe that breathing it is dangerous for anyone.
Children are still developing physically and physiologically. Children tend to breathe quicker than adults and as a result, children exposed to secondhand smoke run a greater risk of damaging health effects.

On January 26, 2006, the California Air Resources Board declared secondhand smoke a “toxic air contaminant” putting it in the same category as car exhaust and asbestos.