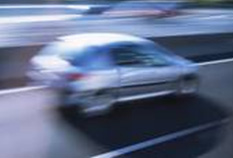 Momentum is the force of a moving object. The momentum of an object is proportional to its weight and speed.

Friction
Friction is a force caused by the contact of one surface on another. It results in the resistance of an object moving over a surface.

Friction Effects of Roads and Tires

Worn or over-inflated tires will reduce the friction between your tires and the road surface. This results in the reduction of traction needed

Changes on the road surface due to the following could result in your losing control of your vehicle:

Skidding while braking is caused by the friction of your brakes being stronger than the friction force between your tires and the road. This

occurrence causes you to lose traction.