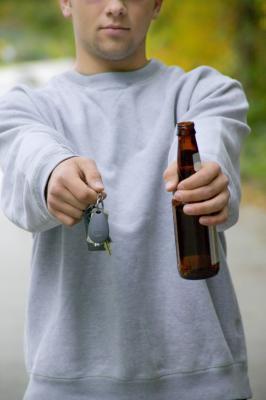 In the U.S., alcohol use accounts for 1 out of every 3 automobile accidents. According to the CDC:

Just a few days ago on May 31, 2014, a 23 year old Irvine woman was killed when her car was broadsided by a Nissan pickup truck in a suspected DUI hit and run. The driver had already rear ended a car stopped on Harbor Boulevard in Costa Mesa. He left the scene, sped down Harbor and broadsided the victim’s car as she exited the freeway. The driver was 22 years old. He suffered no injuries. The incident occurred around 10 p.m. (source: The Daily Pilot)

How can we address this problem of young adults drinking and driving?

Children have to be taught from a young age to exercise self-control and to make responsible decisions, thinking the consequences through and considering other people involved. That’s the ideal; however, studies have shown that most teens and young adults lack the full capacity to appreciate the consequences of their decisions – some up until their mid-20s.

Moreover, teens and young adults tend to be overconfident and engage in more risky behaviors than older, more mature adults.

While knowing this cannot be an excuse for all teenage recklessness behind the wheel, we also have to take all factors into consideration when determining how to teach young people safe, defensive driving techniques.

A great place to start, as always, is at home.

Parents must model good driving behaviors, such as:

At Varsity Driving Academy, we will do our part to teach our teenage and young adult students good driving techniques, defensive driving, respect for the road and for other drivers, and just plain old good sense behind the wheel.

Here are some tips on avoiding drunk driving:

Teach them that driving is a privilege, not a right. Give them boundaries early on in their driving careers, and gradually increase their freedom as they prove themselves to be responsible drivers. Here are some examples of common boundaries parents set on their teenage drivers:

Some parents have their teens sign driving “contracts,” agreeing to abide by certain rules with respect to driving and accept certain predetermined consequences if they do not.

2. Do not drink alcohol until you are 21 or older.

It’s the law, and it’s not worth ruining your future over. After you turn 21, use good sense and drink responsibly.

The bottom line is this: ALWAYS plan ahead. If you know you are going to be consuming alcohol, take the time to plan out a few courses of action so that you do not allow for the possibility of getting yourself behind the wheel.