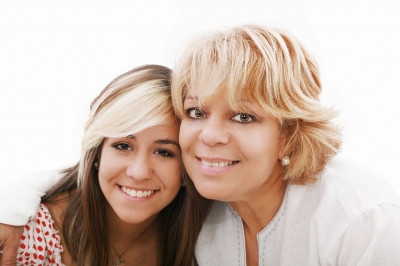 We often hammer down on the statistics about how dangerous teenage drivers are. Don’t get us wrong, those statistics are very real and very true. But teenagers can’t be 100% on the hook for this. After all, they are still kids. (Sorry teens,  we know you don’t like to think of yourselves this way, but technically it’s true.)

We are doing our part every day to create the best driver’s ed program possible. We are constantly studying and evolving to more effectively create safe, conscientious, skilled, defensive drivers in Orange County. We know there are a lot of factors that affect a teenager’s driving ability and likelihood of getting into an automobile accident. These factors include:

This article is directed at you, parents.

Whether you like it or not, you’re the #1 most influential person in your kid’s life, from day one.

We came across this article by Dr. Jean Thatcher Shope, Research Professor and Associate Director at the University of Michigan Transportation Research Institute (UMTRI). It contains the findings from a pretty detailed study she conducted on the factors that affect the driving behaviors of teens and how to decrease the number of teenage fatalities and injuries caused by car crashes.

Dr. Shope had this to say about parents’ influence on teenage driving:

From birth on, most youngsters are driven around in a car by parents, and their perceptions about driving are being formed. Parents’ driving is a strong influence on and example for the subsequent driving of a young person. People drive in ways similar to their parents. Parents’ expectations of their young driver are also important, and when those are conveyed clearly and convincingly, those expectations can affect driving behavior. Parents who are involved in their young people’s lives, who monitor, who nurture, who have high expectations, and who are not overly permissive, tend to have youngsters who drive with fewer crashes and offenses.”

Did you catch all that? Read it again.

Parents, you are INCREDIBLY influential in your child’s future success as a driver. Don’t believe us? Think back to when your child was a preschooler. Remember how you described them as a “sponge”? Well, we are here to tell you that they still are! And what they see you doing is, in the mind of a teenager, effectively giving them permission to do the same.

We urge you, parents, do not underestimate the influence you have on your teenager’s driving ability…and his or her future safety behind the wheel. Take it very seriously.