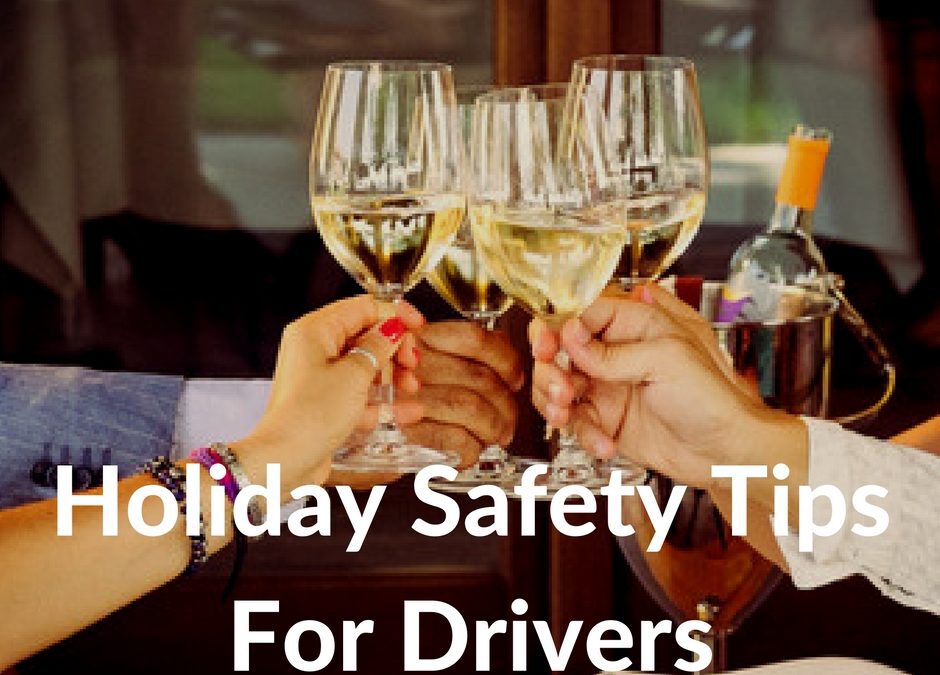 The holiday season is a time for celebrating with family and friends. We celebrate each other in many different ways. While the season is filled with joy and excitement, it must also be approached with responsibility. Invites to holiday parties are starting to pour in and attendance is almost mandatory. However, most parties will include alcohol, and that means as safe drivers we must be prepared. Varsity Driving Academy wants to take a minute to provide you with some holiday safety reminders. Celebrations are fun but staying safe is important.

Celebrate and keep some holiday safety reminders in mind.

We all want to celebrate the holiday season with joy in our hearts, not remorse. Unfortunately, year after year stats shows that we aren’t all happy. In 2015 there was a 33% increase in DUI related traffic stops. New Year’s Eve sees an even bigger increase, a 43% of the accidents can be related to DUIs. While these numbers aren’t the worst of the year, the time of year is very unfortunate.This is why we need to remember basic safety rules for driving, even during celebrations.

Driving shouldn’t be a reason you miss out on any celebrations during the holidays. Instead, assess every situation you encounter and respond in kind. If there is going to be drinking at a party, designate a sober driver to your carpool. Be sure to select the driver before even leaving to a party. If you’re the designated driver, it’s your responsibility not to have a single drink. One can not say, “Just one won’t hurt.” and still be considered a responsible driver.

If you’re throwing a party, it would be a good idea to have a sober participant or two. The job of these sober visitors would be to monitor those who are drinking. If someone comes to the party without a designated driver and tries to drive while drunk, stop them. The sober attendees can offer them a ride home or call a taxi, or Uber for them. The goal is to make sure everyone gets home safely.

Even if all else fails, local police departments have their own failsafe. Be aware that police departments everywhere will have DUI checkpoints scattered throughout town. The goal of these inspections is to keep you and others safe during the holidays. Not only DUI checkpoints but from Dec. 18th through Jan. 3rd, police will be out in force. Don’t become part of the problem, become the solution, plan ahead and celebrate the holidays responsibly.